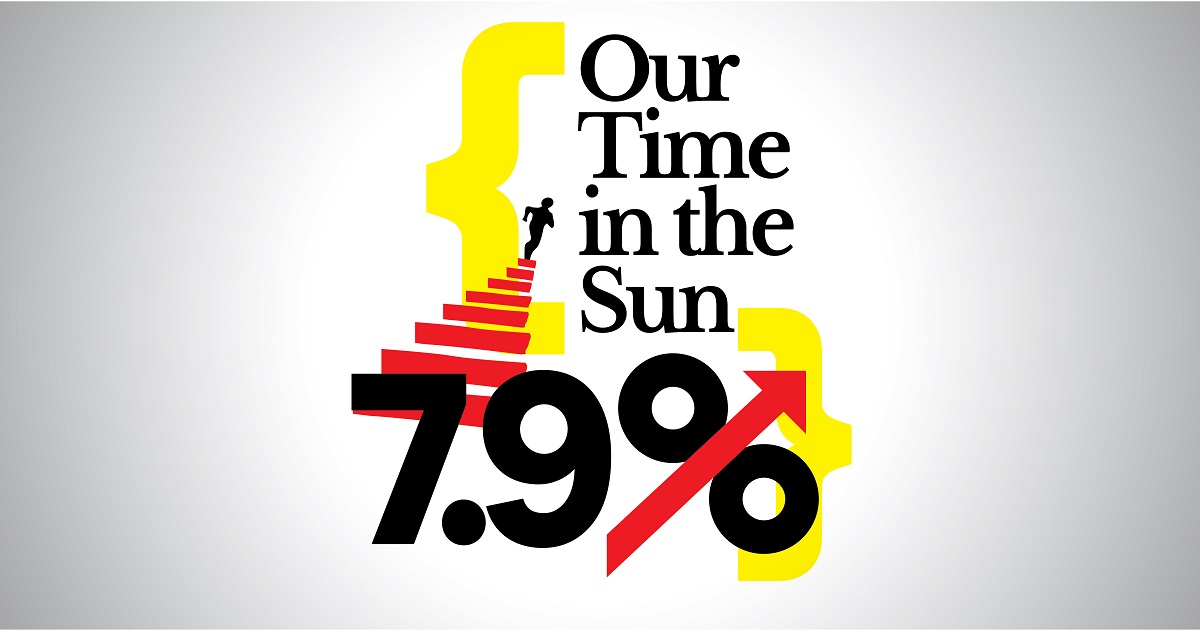 Eyeing at the future of the economic growth for Bangladesh

A friend visiting Bangladesh remarked on how much the country’s current GDP growth rate (7.9% in the last fiscal year) was a source of pride for Bangladeshis. Many pointed out with delight how Bangladesh had trumped its more vaunted neighbour, India (which grew at 7.1% year-on-year).

This distinction is not without basis. Bangladesh has been growing at over 6% consistently for nearly a decade, helping the country’s economy more than double in size from USD 108bn in 2009 to more than USD 250bn in 2018. This has been aided by the steady growth of the readymade garment sector as well as a dramatic expansion in power generation under Prime Minister Sheikh Hasina. Her Awami League (AL) government has embarked on a massive infrastructure programme that has seen the number of power plants increase from 27 to 121 over the last decade, trebling the country’s total capacity to 17,340 MW and nearly doubling electricity access for its citizens, a substantial increase from 47% to 93% of the population. Japanese, Indian, Chinese companies have all been able to secure a slice of this growing pie, highlighting the Hasina government’s adept handling of regional geopolitics, without getting drawn into great power plays.

What makes Bangladesh’s growth storey particularly noteworthy is its inclusive nature. A 2016 World Bank report found that between 2005 and 2010, average incomes for the poorest 40% of households grew 0.5% faster than for the country as a whole. By comparison, the poorest 40% of households in India had worse growth rates than the national average over a similar period. Bangladesh also fares better than India on indicators such as infant mortality, school enrolment and life expectancy. The government is now setting its eyes on achieving a growth rate of 10% over the next three years, with the country widely expected to leave the Least Developed Country (LDC) category to enter the ranks of developing countries by 2024.

And Exactly How Rich Will We are in the Future?
Bangladesh’s economy will make one of the biggest jumps between 2020 and 2034 on the back of demographic dividend and rising per capita income, according to the World Economic League Table (WELT) 2020. Bangladesh ranks 40th among 193 countries this year and will rise to 25th in 2034, a spot currently held by Belgium, showed the latest edition of the WELT, produced by London-based Centre for Economics and Business Research (CEBR), an international economic forecaster. In the long run, the report said, many Asian economies will rise through the ranks of the WELT as these countries cash in on their demographic dividends.

In fact, the economy performed well in 2019, expanding by an impressive 7.8 percent. This is, however, below the 7.9 percent GDP growth rate recorded in 2018.

The WELT tracks the size of different economies and projects changes over the next 15 years, up to 2034. The base data for 2019 is taken from the International Monetary Fund’s World Economic Outlook and the GDP forecast draws on CEBR’s Global Prospects model to forecast growth, inflation and exchange rates.
The report said 2019 was a bad year for the world economy with the weakest GDP growth since the recession year of 2009. But the clouds started to lift towards the end of the year and the CEBR predicts that expansionary fiscal and monetary policy around the world will cause growth to accelerate in 2020.

In Bangladesh, the population has risen at a rate of just 1 percent per year since 2014. This has meant that per capita incomes have grown considerably in recent years. Government debt as a share of GDP rose to 34.6 percent last year, up from 34 percent in 2018. Despite the increase, the public sector finances remain in good shape. The relatively low debt burden has provided the government with the fiscal headroom to operate a budget deficit of 4.8 percent in 2019.
The annual rate of GDP growth is forecast to slow to an average of 7.3 percent between 2020 and 2025. Over the subsequent nine years, the CEBR forecasts that the economy will remain at this impressive rate, which will see Bangladesh climb from 40th place in the WELT to 25th place by 2034.

The government is now setting its eyes on achieving a growth rate of 10% over the next three years, with the country widely expected to leave the Least Developed Country (LDC) category to enter the ranks of developing countries by 2024.

Haters Say What?
There are a few challenges for Bangladesh’s economy in 2020. These challenges are not new and have accumulated over the years. One big concern is how the economy would handle the issues concerning export, remittances, private sector investment, employment generation and revenue generation.

We are seeing a slowdown of export growth, specifically a negative growth in recent months. The remittance front has remained strong but how long or to what extent this will continue, remains a question. In the Gulf region, a serious crisis is going on which is better known to us as the recent escalation of tension between the US and Iran.

Another area of concern is revenue generation. The tax-GDP ratio is falling and is not consistent with our GDP growth story. The growth rate will be crossing the 8 percent mark soon. This indicates that the GDP size is increasing. When the GDP size is increasing, and the tax revenue concerning GDP is falling – it means the incremental GDP is untaxed, which is difficult to understand.

According to the WB report called Global Economic Prospects, Bangladesh’s exports showed signs of softening in recent months, after a substantial increase in exports to major trade partners in the last fiscal year. Besides these economic concerns, there are some other risks in Bangladesh, which was highlighted in the World Bank report. It said lack of progress in reforms to improve tax collection could result in more acute revenue shortfalls in Bangladesh and put further pressure on elevated fiscal deficits.

Dream Big, Build Big
The benefits of the mega projects will be realized if they are completed on time with rationalized costing. The longer time it takes to materialize the projects, the more it will affect private sector investment. The private sector investors must have a clear picture of the completion of mega projects so that they can plan their investments accordingly. Successful operationalization of some Special Economic Zones (SEZs) is also very important for boosting private sector investment.
On the one hand, we can see that the government is trying to spend quite a lot on developing the physical infrastructure. But on the other hand, the government is not making any significant efforts to increase spending on social infrastructure like health and education, which are integral to graduate from being one the Least Developed Country (LDC).

Graduating from LDC status is a sign that a country’s per capita gross national income, human assets, and resilience to economic and environmental shocks are robust enough to enable sustainable development.

The garment trade that began in Bangladesh in the 1970s is now a $30 billion industry. But the economy is diversifying. The services sector – including microfinance and computing – makes up 53% of the country’s GDP. The success of the IT industry is central to the digital transformation and ongoing economic growth of Bangladesh. It exports nearly $1 billion of technology products every year – a figure that the government expects to increase to $5 billion by 2021. The country also has 600,000 IT freelancers.

Bangladesh has seen wide improvements in health, education, infant mortality and life expectancy, according to Daniel Gay of the United Nations Department of Economic and Social Affairs. This has driven growth and reduced economic vulnerability. “It’s really a success story,” he says.

government has embarked on a massive infrastructure programme that has seen the number of power plants increase from 27 to 121 over the last decade, trebling the country’s total capacity to 17,340 MW and nearly doubling electricity access for its citizens, a substantial increase from 47% to 93% of the population.

Let’s Wrap This Up!
The Prime Minister, Sheikh Hasina in her article for the Indian Economic Summit mentioned, “Many see Bangladesh as a ‘market’ of over 30 million middle- and affluent-class people and a ‘development miracle’. To me, our strengths are the societal values and peoples’ trust in Bangladesh. Equally, peoples’ aspiration to progress and their resilience as well as their confidence in our leadership.”

With the continued effort by the government to attract more foreign trade by maintaining stable economic conditions, improving the ease of business while maintaining its focus on digitizing the country will help maintain this growth level.

While the growth expectations have fallen by a few decimal points, fingers can point at the lagging global economy and not the economy itself. With the ease in trade wars and relaxation of protectionism policies, it is hoped that the trade levels will rise not only for Bangladesh but also for the other economies in dire need of funds.

Nasirra Ahsan is a Staff Feature Writer at ICE Business Times. She is also pursuing an MSc in Economics at North South University and can be reached at nasirra10@gmail.com.
PrevSQ Group: Setting benchmark for total power solutions in Bangladesh
AN ODE TO THE GREATEST BENGALI OF ALL TIMENext
On Key 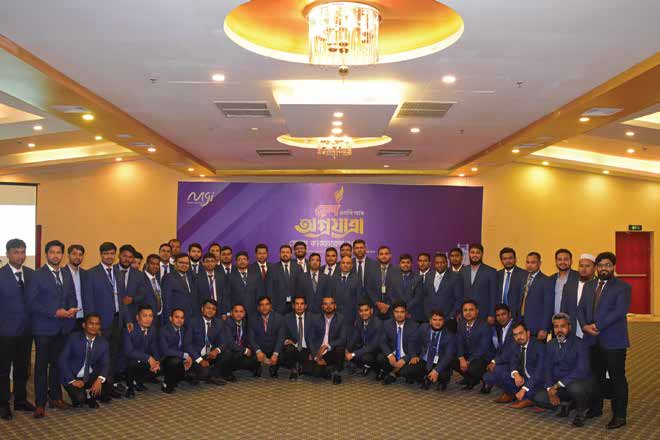 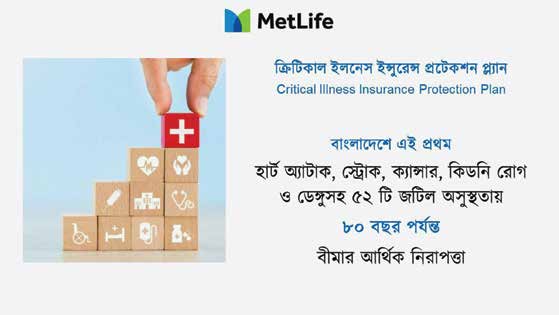 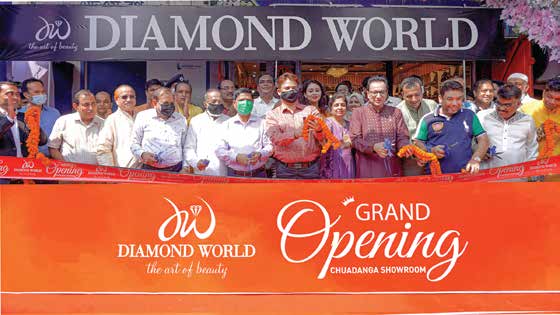