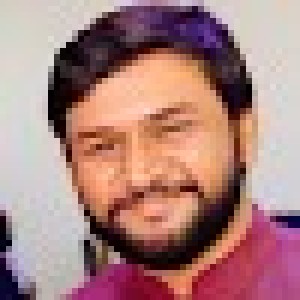 THE HISTORY OF AKIJ GROUP

During the great famine of 1942-43, a young 13-year-old boy named Sheikh Akij Uddin left for Calcutta in search of a job or a business with nothing but BDT 16 in his pocket. He opened a shop named Nilamwala Chhay Ana in Shialdah Railway Station. His newly founded small business was going well until police charged him for operating a business without a license and incarcerated him for 3 days. Upon his release, he sold all his business goods and went to Peshawar with a businessman, where he stayed for two years and made a modest capital to start a small business.

In the year 1952, AKij Uddin started producing biri (cigarettes). He established a grocery shop and made a profit from both the shop and the biri. He branded it, Akij Biri, and very quickly gained popularity. By the end of 1952, he bought a Vespa for more accessible communication, and a baby taxi in 1956 to transport goods. By 1962, Akij Uddin had 250 workers in his biri factory. He kept on expanding his enterprises to more sectors like jute, paddy, and cement.

By 1972, Akij Uddin established the industrial group, Akij Group. The boy who once left home with only BDT 16 had thus begun the journey of creating one of the largest industrial conglomerates in Bangladesh.

Sk Akij Uddin was always uncompromising when it came to standards and quality. He pursued excellence by acquiring the latest (and often, the most expensive) technology, and guided his employees to “never be dishonest to the customer.” He led a simple lifestyle and involved his children in his business to impart knowledge and discipline, so they may carry his legacy into the future. Sk Akij Uddin, the great entrepreneur and philanthropist, passed away on 10 October 2006 and the age of 77.

The group directly employs more than 40,000 people and indirectly contributes to the employment of 65,000 people. Collectively, Akij Group has a gross turnover of more than USD 1.2 billion.

Countrywide, the group has employed more than 40,000 people directly, and an additional 60,000 indirectly among high and low educated demographic. Per year, the average employment growth is 9%. The group focuses on providing a suitable working environment and takes safety as a primary concern. Employees are provided reasonable increments to adjust for inflation. Transport and medical facilities are provided to all employees and workers. Accommodation facilities are available for all plant employees. The high retention rate of 98% is a testament to the decent work conditions provided by Akij Group.

Akij Group prides itself on its talents. The key growth of the group has come from its employees. Recognising this, the group regularly trains people according to their job roles. By 2028, each employee under Akij Group will acquire job-specific education that will upskill a large labour force.

From the very beginning of its journey, Akij Group has been investing in technology to reduce carbon emissions and increase fuel efficiency. To reduce the dependency on natural gas, the group is investing in multifuel machines facility and putting more focus on solar power. In 2002, Akij Cement implemented technology with the capacity to save 20,000 MW of electricity to produce 1 million metric tons of cement with 41% lower carbon dioxide emissions than traditional production processes. Each year, Akij’s lacquer grade board saves 300,000 cubic meters of timber via a production process that creates specialised particle boards from tree branches. The process does not harm a single tree and has minimal impact on nature. The group also invests in tree plantation initiatives nationwide. Moreover, Akij Ceramics is investing in hydropower systems.

Responsible consumption and production are at the heart of Akij Group’s ethos. The group has taken the initiative to develop the skill set of underprivileged carpenters and has provided training and education to 1200 carpenters. Additionally, modern machinery has been provided to 200 factories with the aim to reduce the risk of incidents and improve the quality of work.

VISION FOR THE FUTURE

Sk Bashir Uddin, the Managing Director of Akij Group is looking forward to a bright future ahead. His vision is to perfect existing products and services, introduce new products that will excite consumers, tap into all potentials, and utilise every opportunity to grow in the market.

Akij Group will continue to contribute to socio-cultural and welfare activities. Late Sk. Akij Uddin, the founder of Akij Group was a visionary and his life presents one of the most uplifting examples in Bangladesh’s entrepreneurial history. His creation, Akij Group, is determined to continue his legacy and take it to unparalleled heights through constant innovation and customer satisfaction.

Dipto is the Assistant Editor of ICE Business Times. He leaves to learn about people, their success stories, and spends most of his time listening to podcasts.
PrevCreating Hope Through Action
On Key

Rashed Mujib Noman is the Country Director & Managing Director of Augmedix Bangladesh. Under his direction, Augmedix BD has experienced accelerated growth from a startup

A NICHE APPROACH TO LUXURY

Shabbir Hossain Khan, CEO of Doreen Developments Ltd. elaborates on the resilience and resurgence of the real estate sector post-pandemic, the evolving expectations of today’s

A PLAYBOOK TO THRIVE

Ashish Kapoor is the Managing Director of Perfetti Van Melle (PVM) Bangladesh. He is a business leader and has spent his entire career at PVM

The German Business Council (GBC) has officially been launched on Thursday, 13 October 2022. GBC is an association of German private companies operating in Bangladesh.