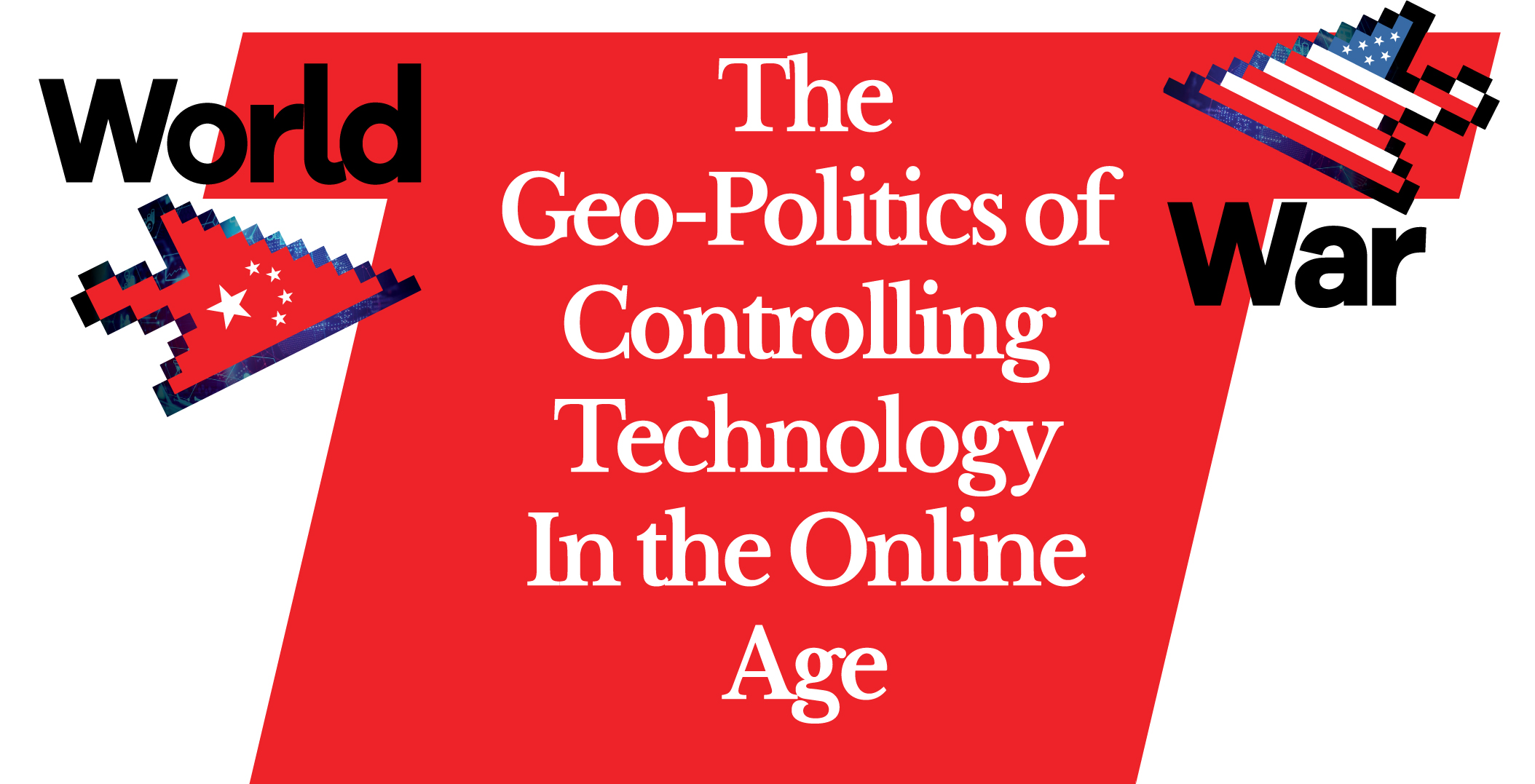 The Geo-Politics of Controlling Technology In the Online Age

Traditional politics revolved around the tangible resources of land, water, air, and people. These assertions for power were driven by the economics of reigning supreme over physical assets. Political powers have risen and fallen; their weapons have changed shapes and means. As the 4th Industrial Revolution gains more momentum, the powers of the east and west look to extend their dominions over the most lucrative resources of today – data. The battles of data are fought with the internet and with the tools of tech. Welcome to World War T.

Individuals and companies will soon be forced to make a stark decision about their online futures in the divided internet. The choices are simple: the Western approach or a model shaped by China. The choice between the two very different philosophical camps isn’t easy and can have serious implications. The growing debate comes as governments globally impose greater national restrictions on online activity, often motivated by concerns over security and crime.

The connection of technology with power is nothing new. It is no wonder that the first generation computers in the 1940s like Colossus were built for the military. Moreover, Alan Turing, who is known as the father of computing, helped decode encrypted messages of the Germans for the Allies during World War II.

Moreover, the foundations of the modern internet were conceived by J.C.R. Licklider of MIT when he was working for the Defense Advanced Research Projects Agency (DARPA). With contributions of numerous scientists the ARPANET, the internet’s predecessor was given birth to in 1969. As such, it can make sense that with roots such as this and with the shift in global power over time, governments may want to invest their energy, time, and assets to influence the direction of the information highway.

With our lives becoming interconnected and sometimes synonymous with our screen time, the effect of the internet on our lives is tantamount. Presently there are over 3 billion smartphone users worldwide. Individuals spend an average of 3 hours and 15 minutes on their phones. Americans only spend around 5.4 hours a day using phones! Specifically, millennials are on their phones 5.7 hours per day, while baby boomers give 5 hours to the same devices. People check their smartphones 58 times a day on average with more than half of those occurring when they are at work. 70% of mobile sessions are shorter than 2 minutes. Each day millennials spend 48 minutes to text. This is only a small glimpse of the ever-increasing impact that the internet has on our lives through smartphones.

Ask any cybersecurity specialist and they will tell you that we live in a world where Facebook and Google know more about us than you do ourselves! Where you are; what you like (and dislike); who you know are some of the basic information that we are willingly sharing in a socially connected world. However, think about the biometric information that you have on your smartphone and what access your retina or fingerprint gives someone. Access to your national ID card, bank account, or passport? Additionally, with the advent of facial recognition, machine learning, and artificial intelligence you can be recognized and your actions can be predicted. In the hands of the wrong entity, the very bits of data that we give away so willingly can cause an incomprehensible amount of harm. Then there is the advent of Information of Things (IoT) proliferated by 4G and now, 5g technologies. In such an interconnected world via the internet, a cyber threat can result in massive disasters. There is every reason why governments may wish to restrict the availability of these sensitive pieces of information to foreign nations, as well as, access to devices and infrastructure through the internet. It is equally probable that some administrations may wish to know about specific details of a country or influence public opinion to gain a political, economical, and military edge over rival countries.

So how do states intervene in the cyberspace to assert their interests? Firstly it can be through direct attacks in cyberspace through hackers. We have heard allegations of North Korean hackers attack financial and other institutions globally. There can be counter teams set up to tackle offenses such as these by nations under fire. By contrast, it can be a simple data collection through seemingly ‘harmless’ apps for enjoyment. Moreover, retrieval of sensitive documents can also be ordered by certain political moves. Moreover national and global policy changes can affect nations and citizens. Whatever the action maybe they have serious local and global repercussions.

The Cold War of Tech

Even the war between the Soviets and Allies is long gone, the new global tech tug of war is between the US and its allies against China, Russia with their allies. The game has changed to vying with trade versus just traditional military proliferation of weapons. The US and China especially are at a trade war and this has translated into a Silent War of Technology too. With the production of software and hardware, both nations have taken up the notch in their vocal dissent of the other.

The incident of Russian hackers manipulating influenced the recent 2016 US Elections created many headlines. This incident resulted in many in the US administration including President Trump to come under scrutiny. Russia was bashed by US politicians, especially the Democrats. So it is indeed possible to not only affect a country’s democratic process but in doing so affect foreign policy as well via technology.

The OpenNet Initiative has documented network filtering of the Internet by national governments in over 40 countries worldwide. Countries use this network filtering as one of many methods to control the flow of online content that is objectionable to the filtering governments for social, political, and security reasons. Filtering is particularly appealing to governments as it allows them to manipulate content not published within their borders. In many cases, this is to discourage certain social and religious thoughts as deemed anti-state. For example, at least 9 Middle Eastern and North African state censors use Western-built technologies to impede access to online content. Internet Service Providers (ISPs) in Bahrain, UAE, Qatar, Oman, Saudi Arabia, Kuwait, Yemen, Sudan, and Tunisia use the Western-built automated filtering solutions to block mass content, such as websites that provide skeptical views of Islam, secular and atheist discourse, LGBT, dating services, and proxy and anonymity tools. These lists of sites are maintained by the Western company vendors. However, the question is does the filtering stop there? Could there be a political agenda to stop companies from operating? Also, could this filtration be discriminating?

The Great Firewall of China

The Chinese Firewall is a digital border built by the Chinese Government to control the internet in the mid-1990s. Some may go as to call it a digital version of the Berlin Wall. With US services like Facebook being blocked, Chinese digital platforms such as WeChat and Baidu aim to provide China’s generation Z everything they could ask for online. 10’s of millions of Chinese Generation Z – who are known as “The Firewall Generation” have been brought under the net as a pledge of President Xi Jinping’s to strengthen internet security and benefit the nation’s cyber sovereignty. According to an 18-month study by Peking and Stanford University, Chinese university students showed little interest in having access to uncensored, political content online. The study revealed that most students did not actively seek out sensitive content because they grew up being accustomed to having information censored.

Developing countries are now heading in a different direction away from western nations when it comes to their technology needs. Independent watchdog Freedom House estimates that about almost 40 countries have now had their telecommunications infrastructure designed and manufactured by Chinese tech firms. Chinese successes in developing markets include mobile phone giant Transsion which is known as the “Apple of Africa”.

E-commerconomics
These Chinese systems also favour Chinese platforms like Alibaba, Tencent, and Baidu, as opposed to American giants like Facebook and Google. E-platforms services can also control the economic interests of a nation by diverting business away from western companies like Amazon and Ebay to Alibaba within China.

Last year the US-led ban of many Huawei products followed by other countries. The US argued China’s 2017 National Intelligence Law, which says organizations must “support, cooperate with and collaborate in national intelligence work”, meaning Beijing could force Huawei to do its bidding. The biggest impact was on their 5G network contracts as this was thought to not only have security flaws but also potential data seizure by the Chinese authorities. Google, Intel, and Qualcomm have subsequently had to abide by US law and discontinue doing business with Huawei as the geo-politics got intertwined with business.

On June 15, 2020, Chinese and Indian military troops engaged in a deadly clash over disputed land that resulted in Indian troop casualties and an undisclosed number of Chinese deaths. At the end of the month, India had banned 59 Chinese mobile apps, including the popular video platform TikTok citing security concerns. This was followed by officials in the US and Australia who have called for bans of the app over concerns that the Chinese government can access TikTok’s user data as the app is owned by Beijing-based tech firm ByteDance Ltd. Officials and activists have also criticized the company for censoring content deemed politically sensitive or controversial in China (TikTok has denied the allegations).TikTok collects users’ location, IP address, and browsing history. The app can also store phone numbers, age, and payment details if users opt-in. TikTok, like all social media companies, collects users’ data but as it is owned by a Chinese company, it will be difficult for the company to refuse information requests from the Chinese government. The same National Intelligence Law seemed to be the undoing of many Chinese tech firms as was the case with Tik Tok.

So how do you decide what is best for you from the clutter? First, you may start with reading the End User License Agreement of any app. Know what data you are giving out and what you shouldn’t. Whether it’s Faceapp or TikTok a moment of enjoyment may come at a great cost. Second, remember the first option. As we want things quickly we forget that the many small details we are giving away may cause regret later.

In this world of hackers, big tech, and governments, data is the new currency and you are the dealer. You are playing with bigger players but you can control the game. Share smart.

The Writer is the CEO of MCFG and Executive Director of Global Chamber ® Dhaka & Barisal. He can be reached at maimun@globalchamber.org

PrevFNF Webinar Sheds Lights on How to Restart Asian Economies: The Textile and Readymade Garment Industry
LEAD IN THE BLOOD | A Poison that Prevails a LifetimeNext
On Key 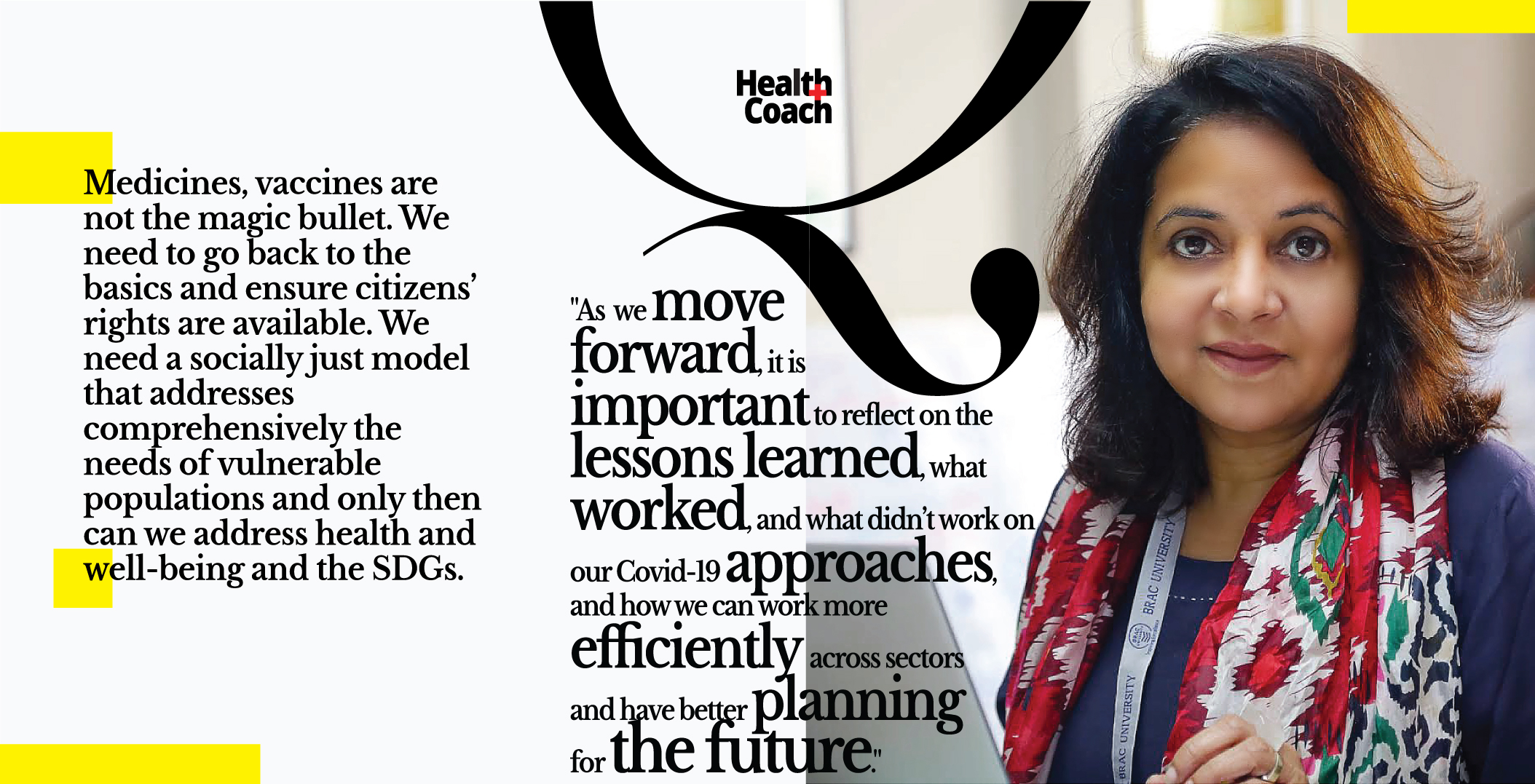 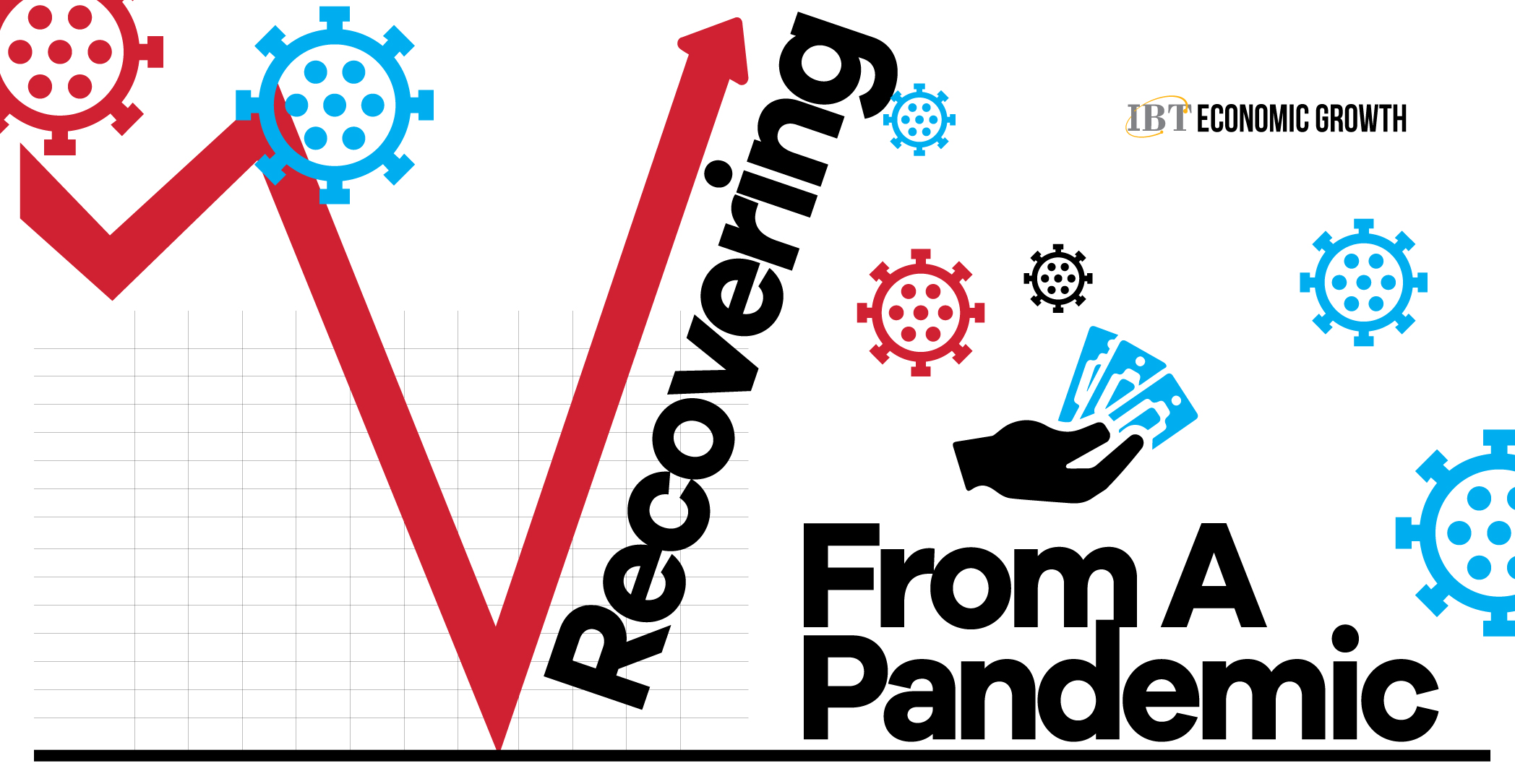 Recovering From A Pandemic

The world is braced for recession even after governments and central banks have pumped trillions of dollars into their economies and slashed interest rates. Millions 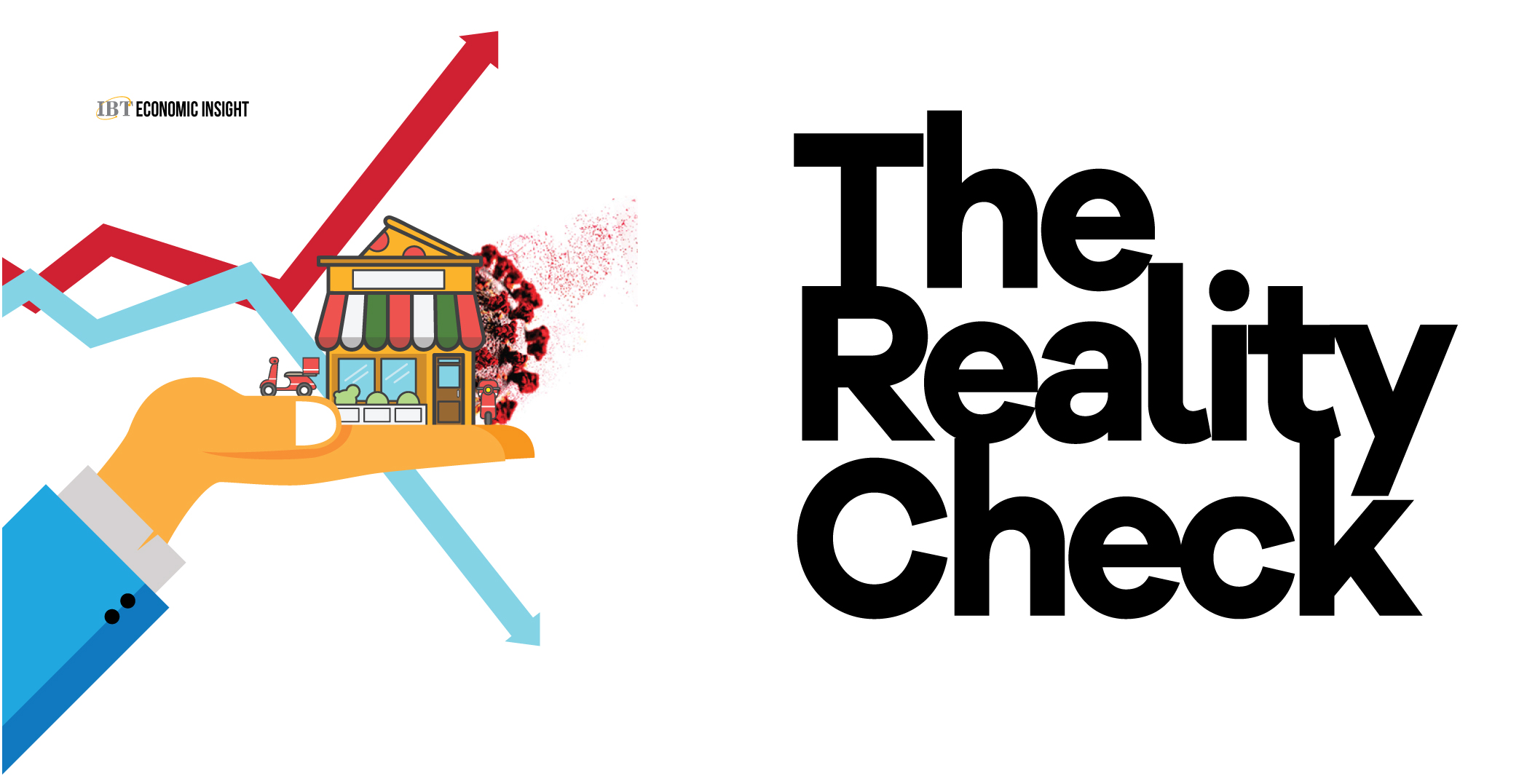 The Covid-19 pandemic has posed new challenges for the lives of individuals along with the risk of a global downturn. Most nations have been trying